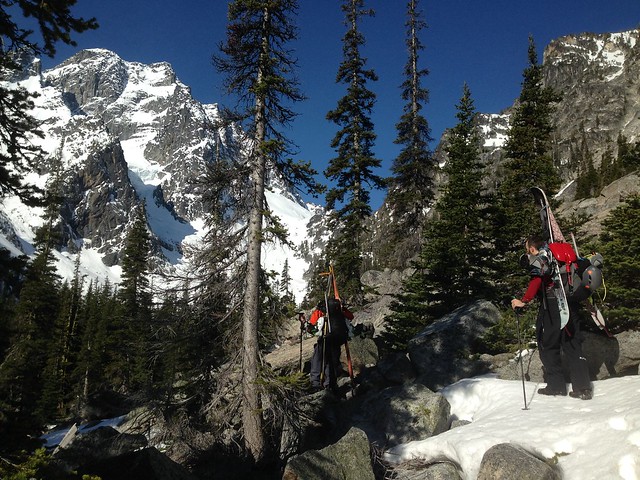 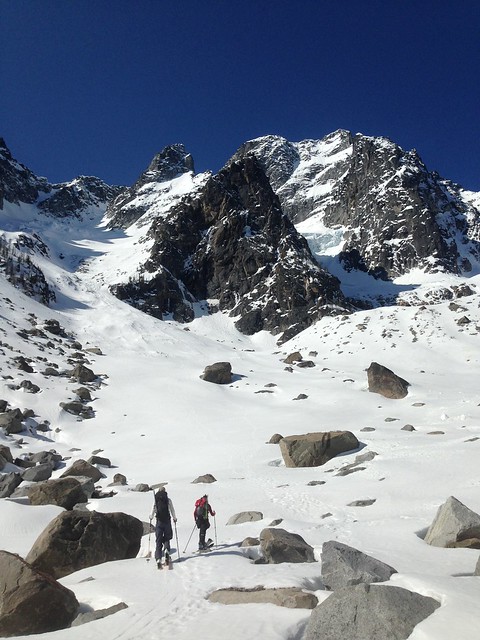 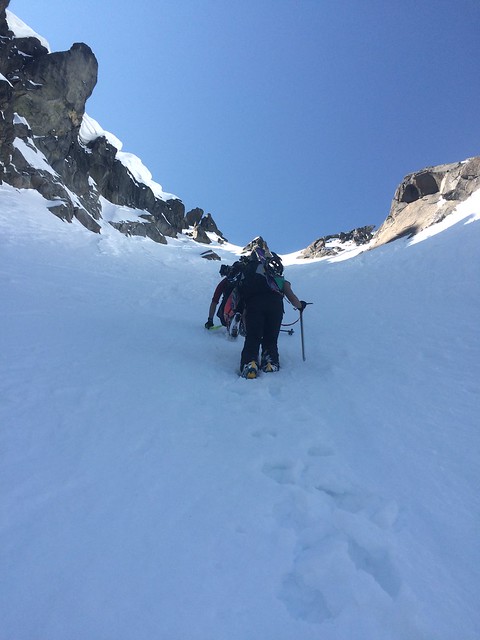 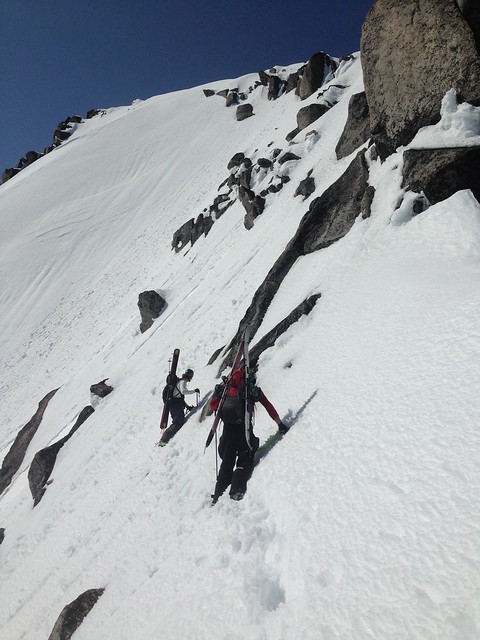 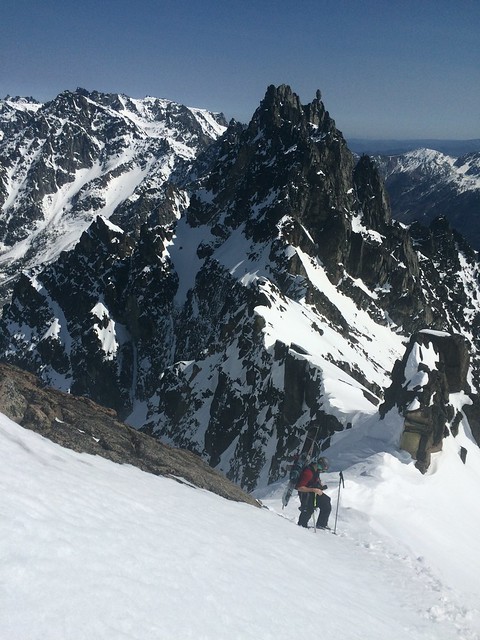 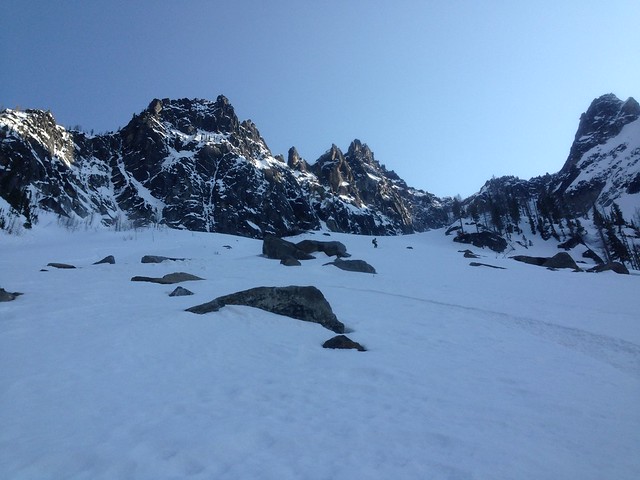 Two peaks in one week?! What a treat.

A late winter storm hit this weekend leaving over two feet of snow in the mountains in 48 hours, remarkably Stevens Pass started spinning the lifts for a day. A few of us chose a different pass to ski on Sunday. For the second time in two weeks we set off from Chinook Pass around 10 this morning to join roughly 100 other folks on the hills around Naches Peak. The late start was no problem, as there were plenty of good turns to go around.

It seems 75% of the crowd generally clears out by 11:30 up there, so by noon we were skiing the thigh deeps turns by ourselves. The new snow was bonding to the layer below extremely well and we saw little to no activity, even in the steeper terrain. Bottomless and stable, truly hero snow today.

On the way out we skied a new route off the west side of Naches back to the car. It is ridden just as much as the east side but it was new to me, and makes the trip out much more enjoyable.

The snow is good out there right now, and it looks like there may be a bit more on the way. How nice is it that they opened the pass so early? If it keeps snowing like this they may close it down again. Get it while it’s cold! 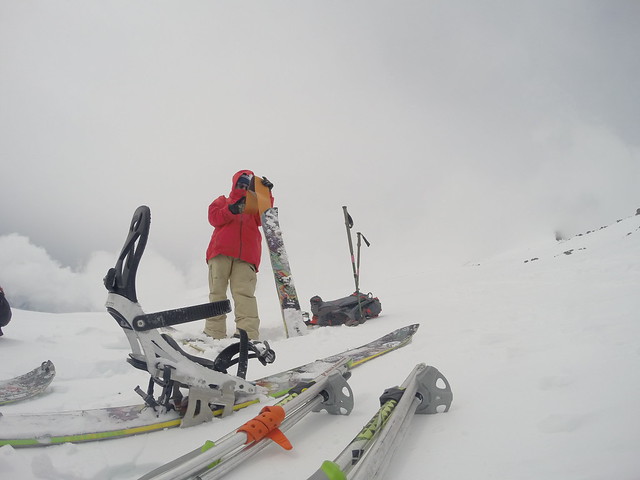 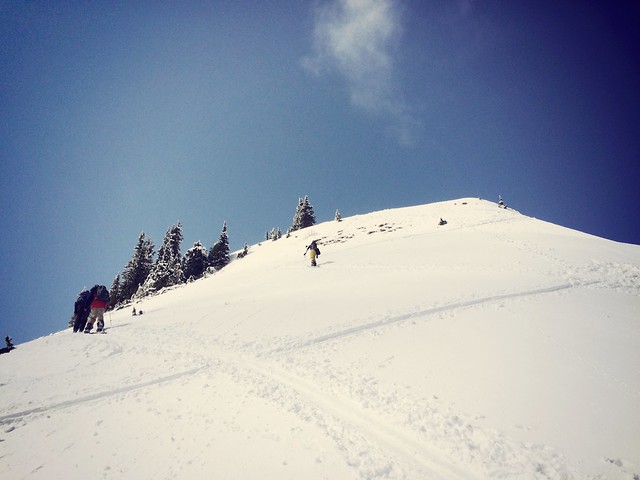 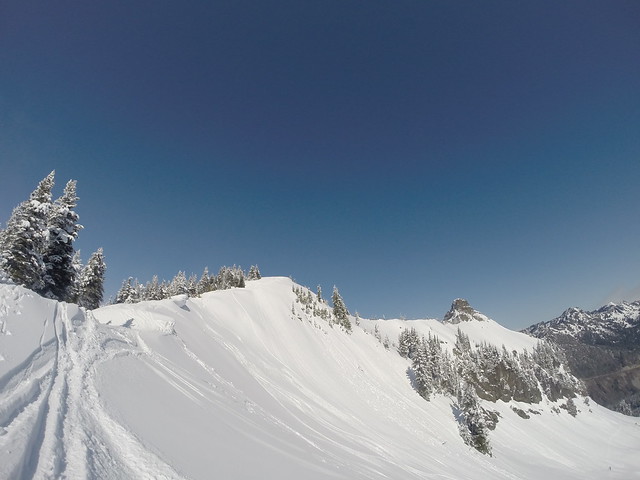