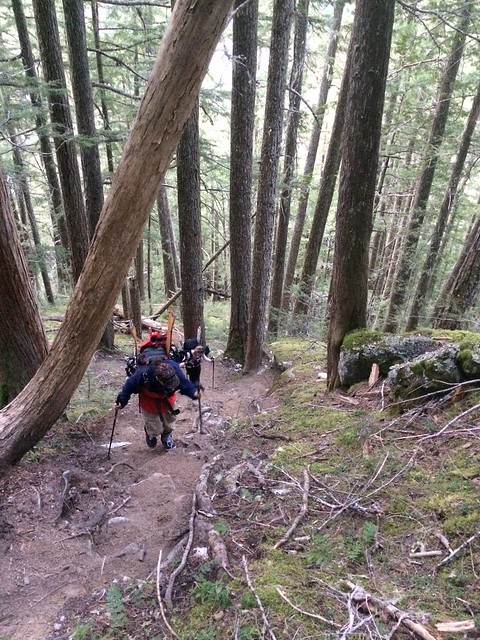 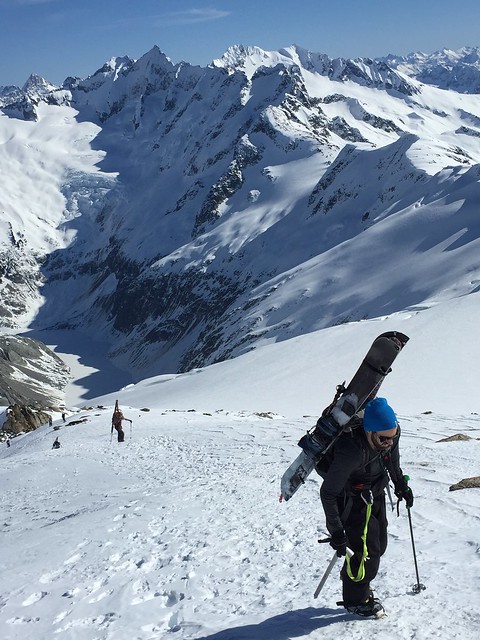 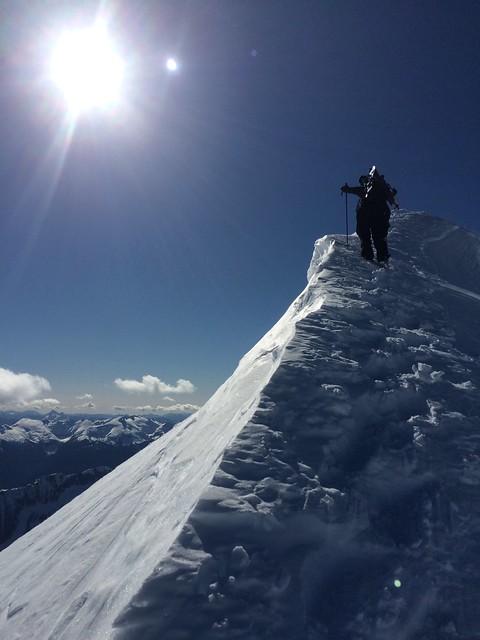 King Peaker David and I set out for Rainier with the intention of trying to find some relative solitude away from Paradise. We tossed around the idea of Pyramid Peak but premonitions of bushwhacking and being lost pointed us towards a clearer objective – Van Trump Park.

We followed the trail along the smooth granite (?) walls of Van Trump Creek past Comet Falls. Just under an hour of hiking brought us to continuous, soft snow and we started following a skin track up to the park. The recent snow was a welcome sight, although it made for tricky skinning conditions getting up to the park. Underneath the recent ~4″ was a firm crust that enabled the top layer to slab off easily but with no propagation. Once up to the mellow angles above treeline skinning conditions improved and we headed up the mellow, rolling ridge that divides the Van Trump and Kautz Creeks. 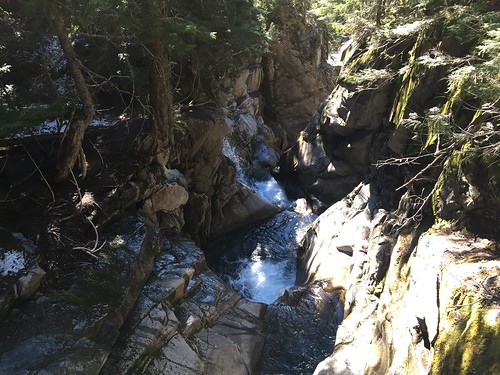 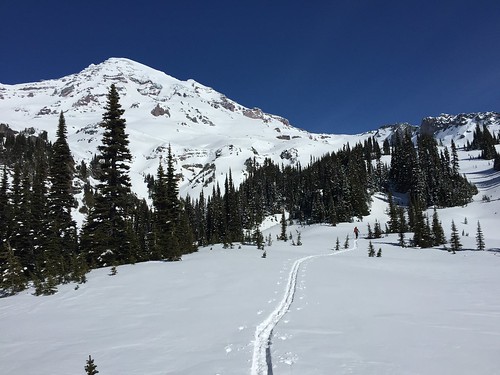 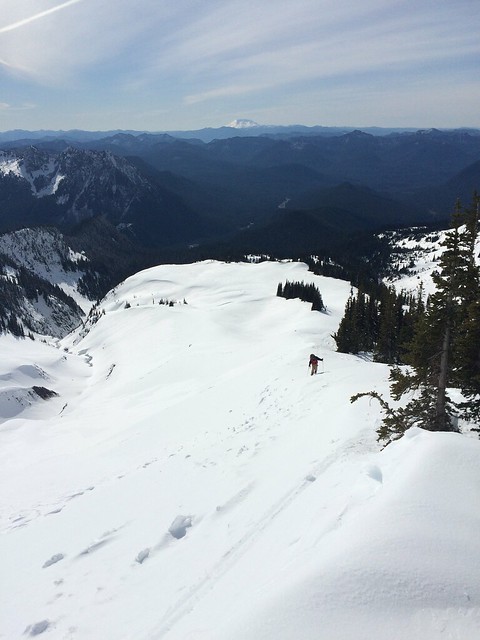 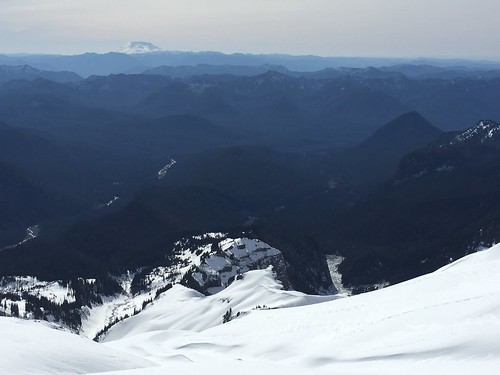 Without a real destination we decided to stop at a flat spot around 8,000 ft with some of those fine rock seats that the volcanoes offer. After taking in the view, a beer, and some pizza we transitioned and started down. For the most part we just retraced our skin track, ducking down either side of our ascent ridge to try and find the best sliding surface. We encountered many different types of snow during the descent – pockets of wind-deposited pow on leeward aspects, hot pow on sunny aspects, icy spots on ridges, and finally grabby pow down low. I carried my skis once (David rode) and we were back at the shoes and began the hike out. 45 minutes of walking and a Rainier tall boy later we drove past the gate with almost an hour to spare. 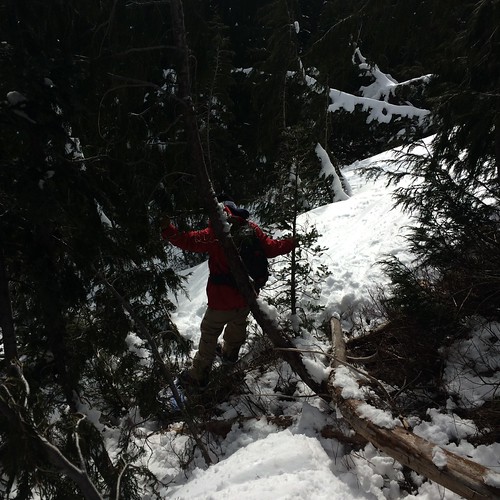