With a forecast calling for an early preview of summer, Andrew, Elliott, and I decided to take advantage and ski Little Tahoma on Sunday. We made it to Paradise around 8:30, and were soon walking down to Fourth Crossing to start the tour. Unfortunately for us, I had been to Cowlitz Rocks once before and we had started at 4th crossing on that trip, so I opted to repeat that same route. It was only later that we realized how easy it would have been to skin up to Golden Gate and cross over to the Cowlitz there. Oh well, what’s an extra couple hundred feet of vert on top of the 7k+ we were planning on?

The skin up to Mazama Ridge was firm but easy, and we made great time up to Cowlitz Rocks, arriving around 10:15. After a quick transition we were skiing down the already very soft snow towards the toes of the Whitman. We contoured across the moraine at around 6300 ft and we easily found steep but straightforward gullies to ascend. Elliott was leading this section and made the decision that switchbacks were lame, so I got to use the highest risers on my bindings for more time than I have during the rest of the season combined. Around 12:00, we crested a small moraine and stood at the base of the expansive Whitman Glacier with a clear view of Little T and Big T. 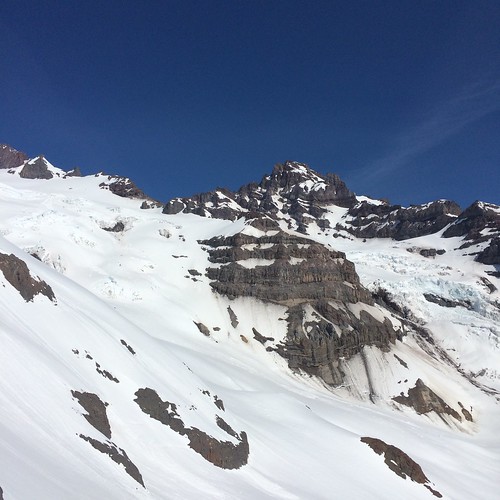 The view from Cowlitz Rocks saddle. Cathedral rock in the foreground, Little T in the back. 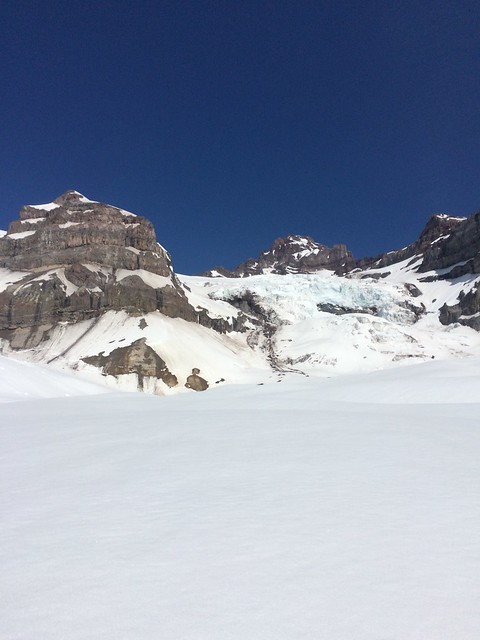 The view of Cathedral Rocks during the crossing of the Cowlitz Glacier. 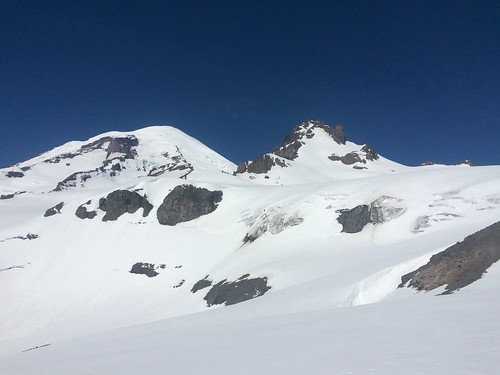 Looking up the Whitman Glacier. The route goes out of picture to the right and ascends the large snowfield on Little Tahoma.

The next 1500 ft section was one of the more enjoyable stretches of skinning I’ve ever had. Easy rolling terrain, incredible views, and a light breeze to keep you just cool enough made a great combination. Soon enough we were at the base of the steep headwall of the Whitman. We skinned as high as we could, up to about 10,600 ft, and then booted up to about 10,800 where we stashed our skis and some extra gear. Another 100 ft of booting led to a short rock step with one tricky move, although trying to avoid kicking rocks down on your partners makes even the simple moves tricky. One more short section of snow led to fun, albeit rotten, rock scrambling up the summit ridge. The first view over to the North side of the ridge will certainly get your attention – both for its beauty and exposure. Once on the ridge, a short (~25 feet) traverse got us to the true summit block a little before 4:00. While the scrambling up to the ridge and the traverse to the true summit are exhilarating, Andrew and I both felt comfortable climbing and down-climbing in ski boots. 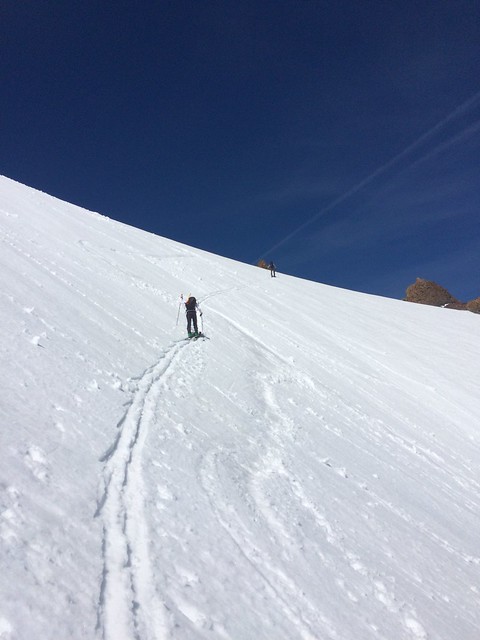 Our last bit of skinning before switching to booting. 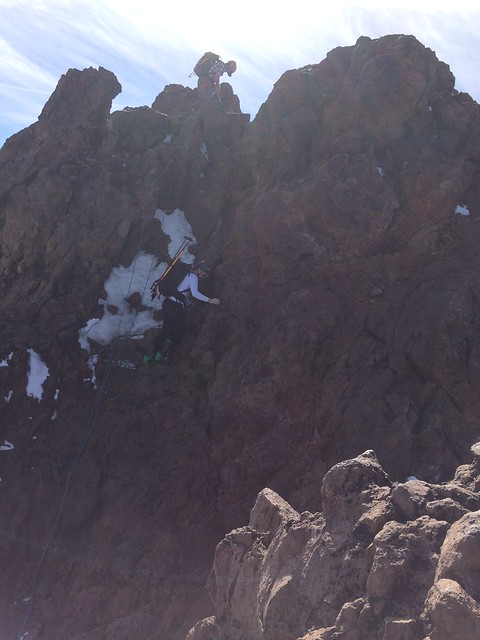 Andrew downclimbing the traverse to the summit block. Another party chose to rap down to the snowfield rather than downclimb. The timing was the same either way. 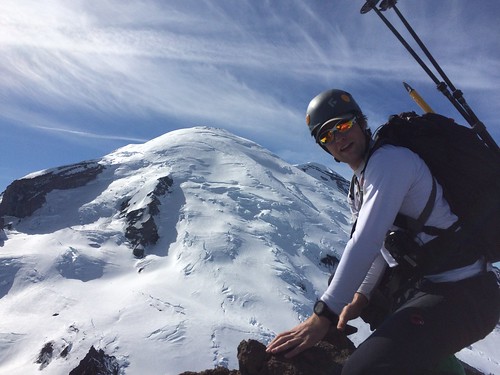 Andrew on the top.

All that was left was a short boot down to our skis, 4300 feet of incredible corn skiing, 900 ft of skinning back to the Cowlitz Rocks saddle, and a leg-piercing descent/traverse to Golden Gate by 6:30. This tour makes for a long day but the scenery and fun scrambling at the top are definitely worth the effort. 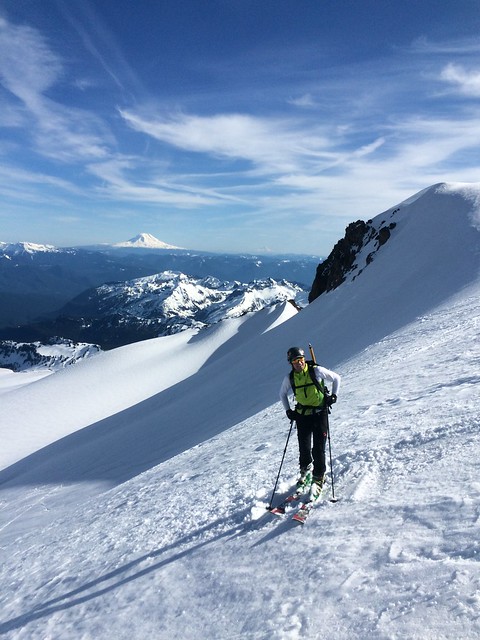 Andrew and Mt. Adams after the incredible corn skiing.