At a certain point in early Spring, as the weather begins to warm and the sun makes more frequent appearances, us peakers find ourselves with a dilemma: should we keep ski touring or jump to the rock? But with the snow pack still deep and the sun shining strong for the last day of March – Andrew and I shot back – “why not both?”

Unicorn Peak would fit the criteria. The largest mountain in the Tatoosh Range is just a stone’s throw from Mount Rainier. It has great road access, good vertical for skiing, and a summit block that would help shake off the climbing rust.

We left Seattle at 6:30 AM and arrived at the parking lot (Narada Falls) at 9:00 AM and started our tour along Stevens Canyon Road. It is mostly flat as you pass some lakes on the left (Reflection, Louise) and the turnoffs for Castle and Pinnacle Peak on the right. After 2 miles on the road you will get your first view of the objective – Unicorn Peak. 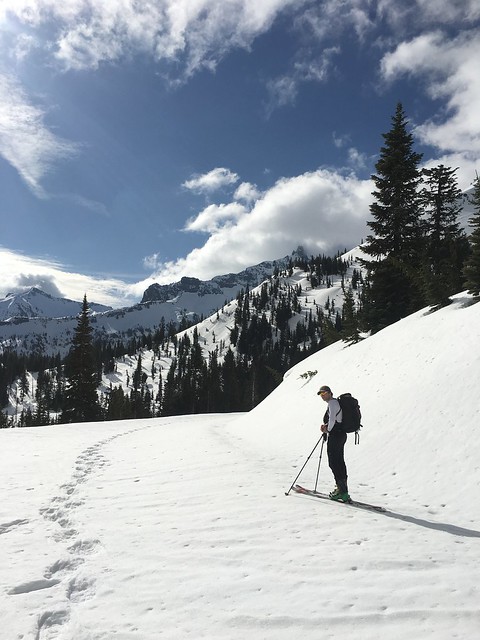 **Unicorn shrouded in the clouds**

After 3.5 miles on Stevens Canyon Road, we picked up the Snow Lake Trail. The Snow Lake Trail took us to… Snow Lake, at which point we observed significant wet-loose activity from the previous week’s warming trend. Be careful here as there are slide paths all  around the lake; I would caution against coming here with any major instability in the snow pack. 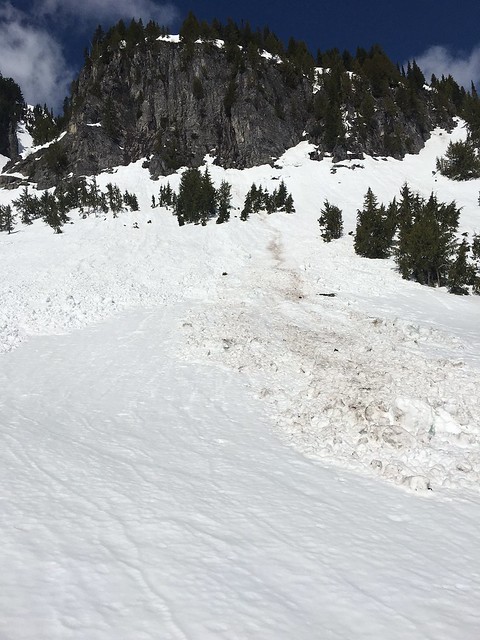 At this point the route becomes fairly straight-forward. We headed toward the gully above the lake, which spits out into a breathtaking ski bowl with 180 degrees of good skiing aspects. Shot on time, we then moved east toward the saddle between Unicorn and the unnamed summit to the southwest. The top of this is the steepest section of the tour; thankfully we had Andrew to lay it down.  Dude is a hoss. 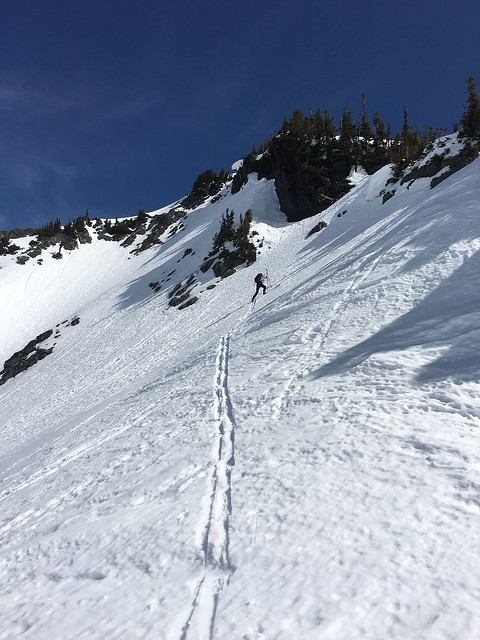 Once we topped out on the saddle, it was a ridge walk to the Unicorn summit block. At this point we got the rock gear out and made for the true summit. We took the direct 5.6 variation. It required 4 pieces of gear. There is various webbing tied to a tree at the top which you can use for an anchor. BEWARE: as I was cleaning the route, I stepped on a 2′ x 2′ boulder which completely gave way. The rock here is very porous. Actually it’s worse than that, it is disintegrating. 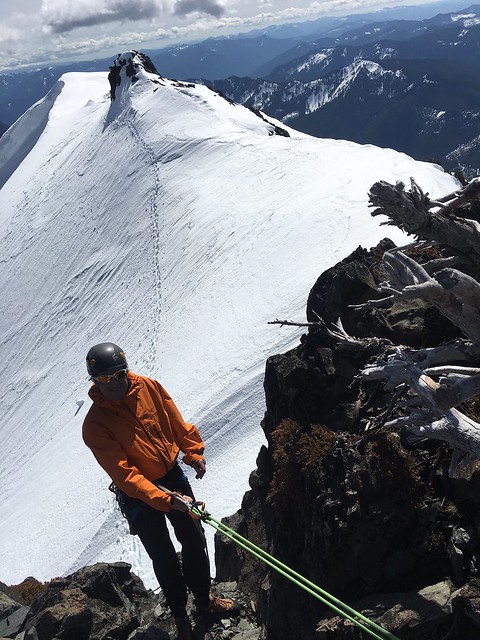 We topped out at 2:00 PM, took some pics of Rainier behind our athletic, sculpted bodies, and rappelled down to the skis. We skied the line we came up on and it was gorgeous. Soft, carvable corned snow all the way back to Snow Lake where we put the skins back on and made haste for the car. 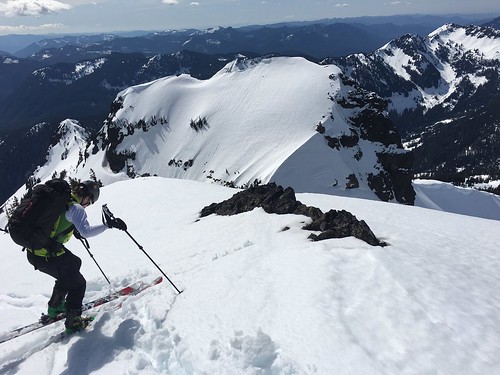 **Andrew clicking in at the top** 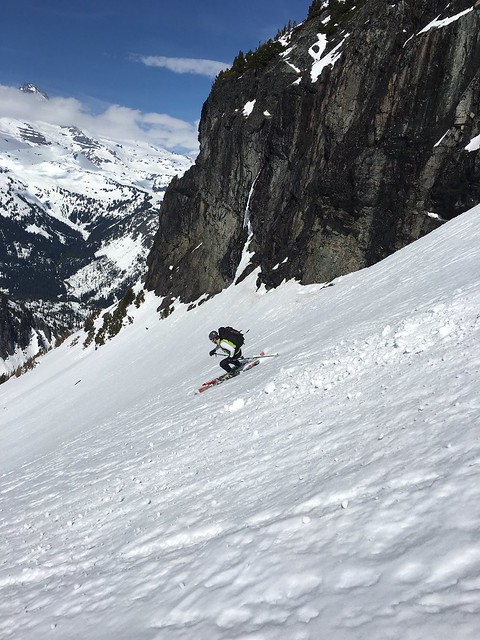 All in all, a great day with great company, dilemmas be damned.