Just a quick update on early season conditions so far. We went out in Silver Basin at Crystal on Saturday. There were probably about 50 cars in the parking lot when we arrived a little after 9am. It was wanting to snow so badly while we geared up but it was coming down mostly as mixed precip.

Our group of 10 split up the Quicksilver chair line more or less in some very heavy snow that didn’t really soften until we entered the basin proper at 5600 ft. From there we followed the skin track of 5-10 other groups who were already out there attacking Three Way Peak, the King and everything in between.

We took about three runs and several core shots before we turned around at 2pm and rode back to the parking lot. Good snow up high, still a little wet, but that will help to cover some of the sharks that are still lurking up there.

More snow this week. Fingers crossed for an early opening. 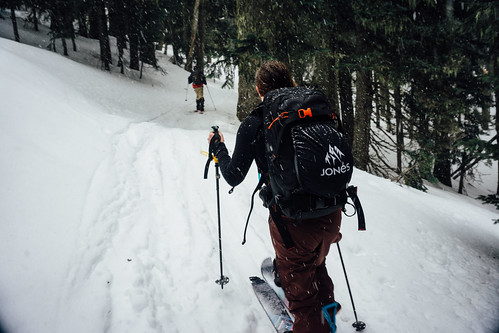 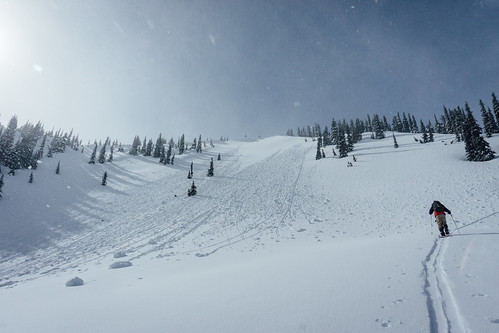 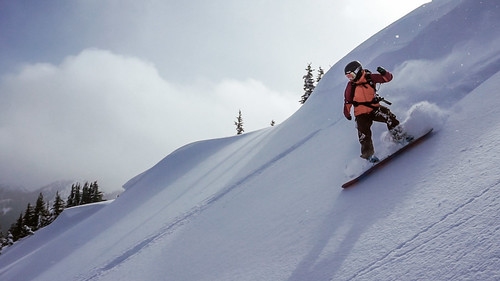