Alright! Time to break the long silence with the first snowboard trip report of the season. Did you miss us? 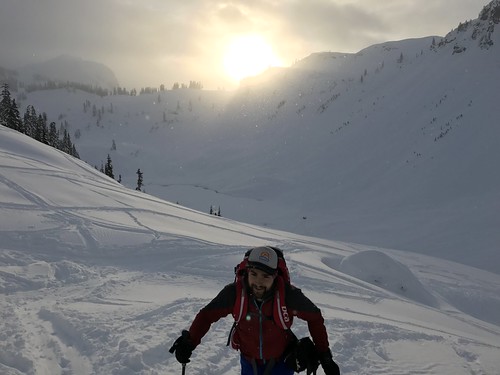 We went up Table Moutain and Herman a couple weeks ago but it didn’t quite warrant a write up. Fast forward to today and once again we were heading out of the upper lot at the resort around 9am. The snow around Bagley Lakes has been hit hard with tracks since the last storm but was holding up great with the cold temps in the last week.

We headed toward the high saddle that splits Bagley Creek from Mazama Bowl where we found deep consolidated powder on E and SE facing slopes. Dropping in off Mazama Dome we found much looser unconsolidated but mostly stable snow on N and NW aspects that made for some killer turns but difficult uphill as we transitioned and made the approach to the saddle below Herman proper. 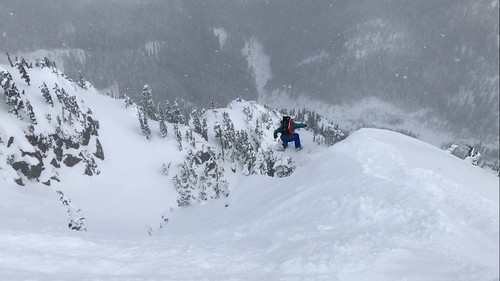 From there it was a boot pack traverse out to the top of the couloir where we made the transition at 11:30am. While we were not the first to ride Stoneman Couloir on this last storm cycle, it hardley mattered as there was plenty of room for everyone and the snow was deep and light. At the bottom we traversed left above the trees to a smaller tighter couloir that starts at about 5300ft. 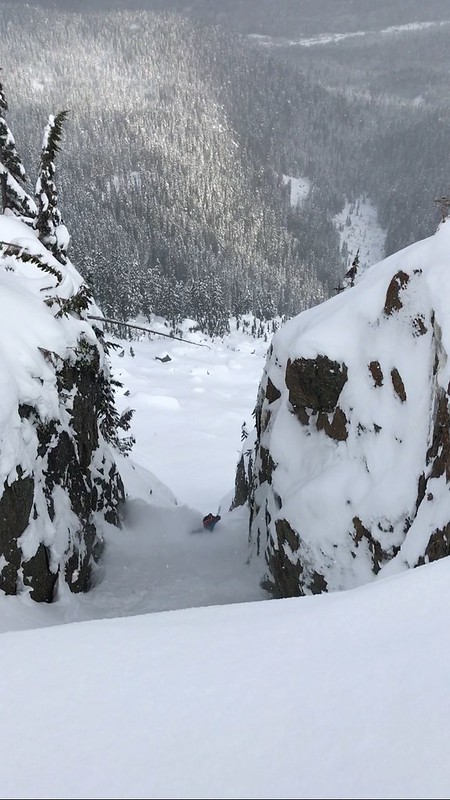 Now to find a way out.. From 4800ft the exit down to Bagley Creek either requires a hard cut right or a hard cut left. We tried to split the difference and ended up on a cliff band that required some trickery to get down. Next time I will opt for the honest line. In the end we made it out arriving back in the Heather Meadows parking lot a little before 2pm.

Check Stoneman off, and then add it back on the list. This one is a classic!