The forecast was looking promising going into the weekend with a cooling trend moving into Saturday afternoon and lots of precipitation. But we showed up in the parking lot at Chinook Pass a little before 10am on Sunday and it seemed most of that weather didn’t come through. Despite the absence of new snow, we are just excited to be back snowboarding in the mountains again.

There is enough snow to cover most of the major obstacles and make for a fairly non confrontational skin out to the east facing bowl below Naches Peak. It is still pretty low tide with some tricky turns to navigate down both the east and west facing slopes. Most turns result in a dirt slash or worse when there are rocks under foot but there’s enough snow to get down the mountain and even get a few fun blasts in when you find that good pocket.

It needs another foot to really get going out there, but with a big storm forecasted to come in this week it could be nice real soon. Fingers crossed we don’t get stood up again. 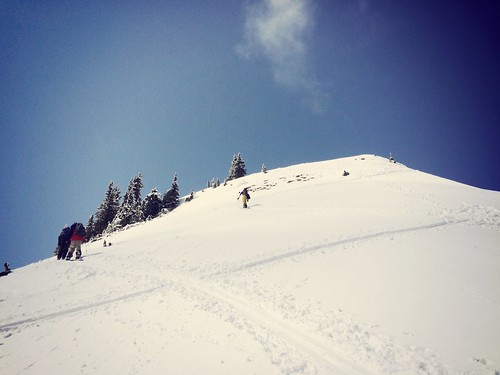 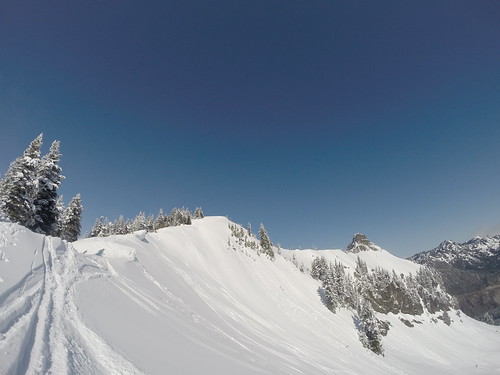